I thought this might be a good way to document and also let others know what we are what we are going through. It’s been a tough few weeks and we are only now at the start of the tripod journey.

Our story begins at Christmas this year when JJ developed a slight limp. It was nothing major and we initially decided that he must have been playing with our other Bengal Pixel too roughly or had jusmped and landed funny. He was running in it and acting like normal so we decided to wait until the following day and see how he was.

The next day, it wasn’t better. So we took him to the vets. The vet checked him over and gave him some pain killers and sent us home saying it would resolve itself after a couple of weeks. 2 weeks went by… the limp didn’t go away (even on pain killers). The limp didn’t seem to get worse either. JJ was acting like his usual self but we took him back to the vets as something obviously wasn’t right.

Following this 2 months pass and two more vets visits following what appeared to be JJ really hurting himself and needing pain killers. The second time we went in, we asked for further investigation.

The vet decided to admit him for x-rays. At this point I wasn’t concerned and in no way expected it to go the way it did.

I got the dreaded call from the vet… “The X-ray has discovered a sizeable mass, I have JJ under sedation and need your permission to take additional x-rays if his chest to ensure it hasn’t spread”…. instart fearing the worsT and I think I spent bursting out into tears every 30 seconds. Luckily the chest was clear but the mass was still present.

The vet suggested we waited to see how JJ got on, so we did. We then observed over the space of a couple of weeks that we could now see the mass, and it appeared to be growing quickly.

Jj was referred to a specialist hospital, where we had the option to amputate straight away or go for biopsy and additional X-rays. We went with the latter as we wanted to know what we were dealing with.

It took about 7 days for the results to come back. These revealed that JJ had a Tumor in his shoulder called Osteochondroma. Our only option.. amputation. 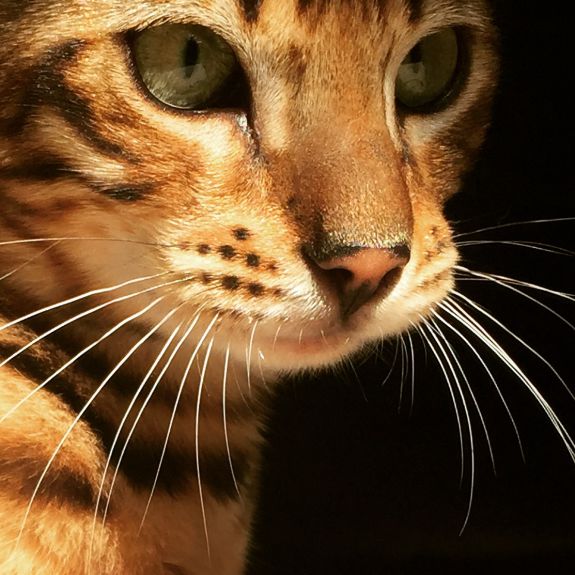 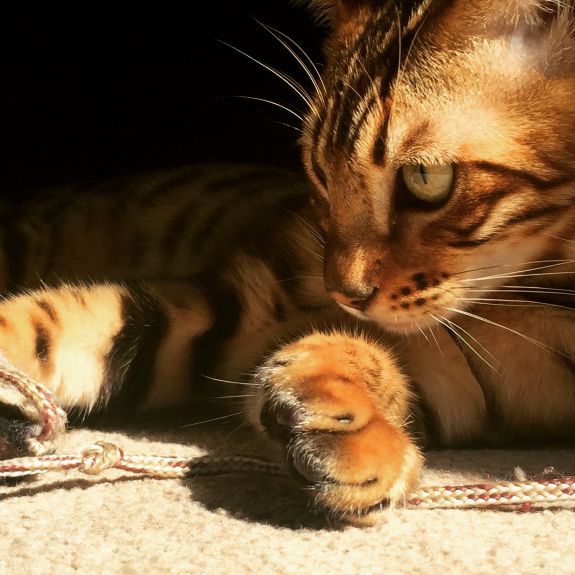 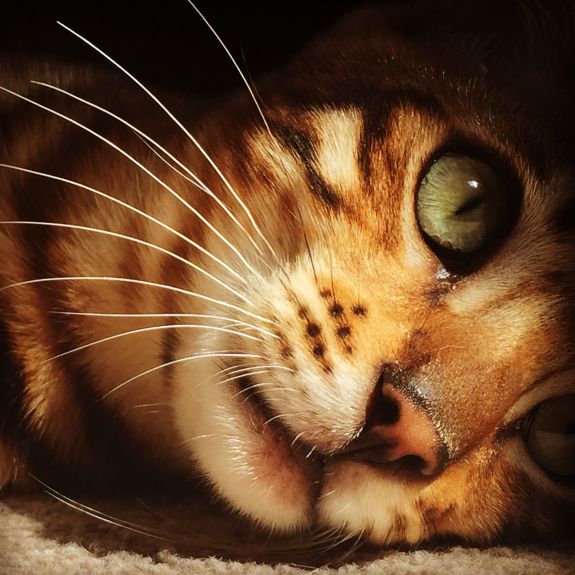 About Your Tripawds Blog:

New Tripawds Bloggers: Please review your default first blog post at left for lots of helpful links for getting started with your blog or review the Help Videos in your dashboard. Edit these widgets from your Appearance settings to remove this notice, upload a custom header photo, or choose from 130+ themes, and much more!

JJ the Bengal cat's journey from 4 to 3 is brought to you by Tripawds.
HOME » NEWS » BLOGS » FORUMS » CHAT » YOUR PRIVACY » RANDOM BLOG